The London Millennium Bridge, officially opened in June 2000, is the first new Thames crossing in central London for over a century. But it is more than an elegant structure spanning a river. It connects the heart of the City of London, the original walled settlement on the north bank of the Thames, with the growing cultural centre of Southwark on its south bank.

The excavations carried out by the Museum of London Archaeology Service (MoLAS) early in 1999 prove that the Millennium Bridge spans not only the River Thames, but also the rich history and culture of London itself. 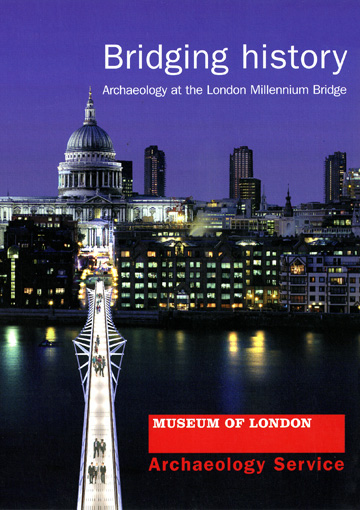