Archaeological excavation by MOLA on a chalk downland site near Andover revealed funerary activity from the Chalcolithic (‘Beaker’) period to the Late Bronze Age. A single inhumation became the focus for later cremation burials; these were succeeded by two isolated barrows and a barrow cemetery, which in turn attracted further urned and unurned cremation burials. The chronology is supported by a series of radiocarbon dates. In all, eight inhumation and 35 cremation burials are detailed, together with pottery, worked flint and small finds. A 5m deep Middle Bronze Age shaft produced an assemblage of animal bone, possibly the remains of feasting. 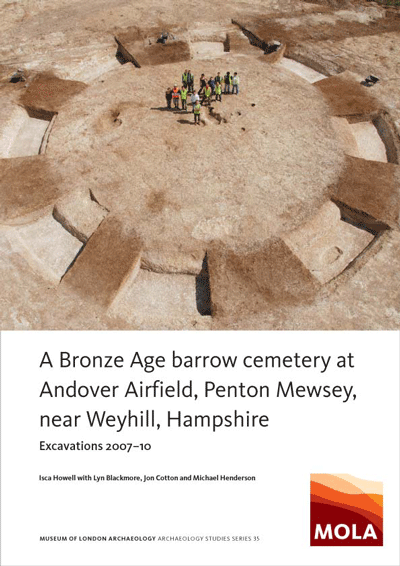