The Anglo-Saxon cemeteries at Mucking, Essex, represent the burials of over 800 individuals from the 5th to early 7th centuries. This long-awaited report includes detailed illustrated catalogues in Part i, and comprehensive analysis and discussion of the burials and their context in Part ii. The large, mixed rite Cemetery II was completely excavated, while the partly destroyed Cemetery I included further significant inhumations. The quality and quantity of the evidence from the second quarter of the 5th century is unsurpassed. The dating is based on seriation analysis of the inhumation artefact assemblages and is combined with an innovative maximisation of demographic data from soil silhouettes.

"This publication is a work of substantial archaeological scholarship… The overall quality of presentation is excellent and well up to the standard of other publications from this source… even for someone with only an amateur interest in archaeology, it is clear that this publication is a major achievement and it will become require reading for anyone with an interest in the Anglo-Saxon period."
Chris Galley in Local Population Studies 2010

"With this fine report and study we can finally make proper use of the evidence so devotedly excavated by Tom and Margaret Jones."
John Hines in Medieval Archaeology 2010

"Hirst, Clark and the other contributors are to be congratulated for so successfully bringing to fruition this project, which Margaret and Tom Jones began nearly half a century ago."
Catherine Hills in American Journal of Archaeology (online review) 2011 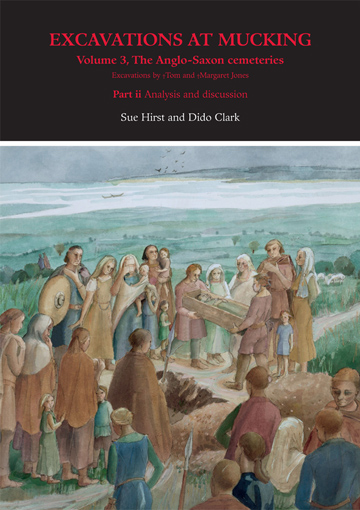