The impact of the railways in the East End 1835-2010: historical archaeology from the London Overground East London line

The upgrade and extension of the East London line and its incorporation into the London Overground network provided an opportunity to examine life in London’s inner city and suburban districts between the 19th and 21st centuries, and the impact that the railways had on life for Londoners from Dalston in the north to Surrey Quays in the south. Standing building recording and excavations at the site of Bishopsgate goods station and Lea Street in Haggerston shed light on life in these areas before the arrival of the railways, and the resulting tumult for the occupants of the East End.

"… this book is refreshing – imaginatively conceived, structured an illustrated. Dwyer’s is a bold attempt to move the archaeological monograph onto new ground, and very much to be supported."
Peter Guillery in Transactions of London and Middlesex Archaeology Society 2011

"The techniques of the archaeologist have not often been applied to railways, but this well-researched and illustrated work does so admirably. The bibliography and index are comprehensive and the book deserves to act as a model for future studies of its kind."
Graham Bird in the Journal of the Railway and Canal Historical Society 2011

"…this is a readable, well-produced and generally well-illustrated study, and it is good to see this (and the earlier general study, ‘Tracks through time’) published so promptly after the fieldwork, when some archaeological reports take decades to appear. I particularly welcome the recognition that buildings – as is well proven in this study – are in constant flux throughout their working lives, resulting in what is graphically described as ‘messy biographies’. This is surely especially true of industrial buildings!"
Michael Bussell in Greater London Industrial Archaeology Society newsletter 2011 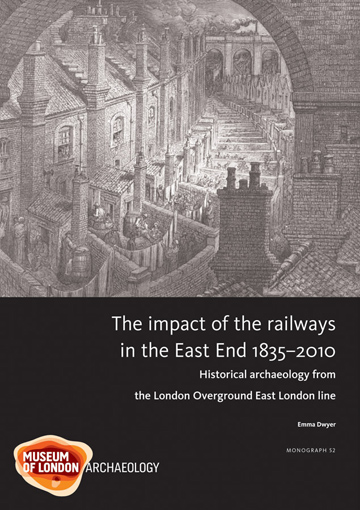