Life and death in London's East End: 2000 years at Spitalfields

This book chronicles the remarkable archaeological discoveries made on the site of Spitalfields Market in east London. Once the burial ground for some of the wealthiest members of Roman London, Spitalfields became the home of one of the country’s largest and most important hospitals in the Middle Ages, looking after the poor and the sick. More than 10,500 skeletons were found in the cemetery, making this the single largest archaeologically-recorded group in the world. Spitalfields is also famous for its multi-ethnic community – from the first immigrants, the Huguenots, to the Jewish communities and finally today’s Bengali community.

This is a highly readable and excellently illustrated account, to be strongly recommended to specialists and general readers alike.
Richard Gilpin in London Archaeologist Spring 2005 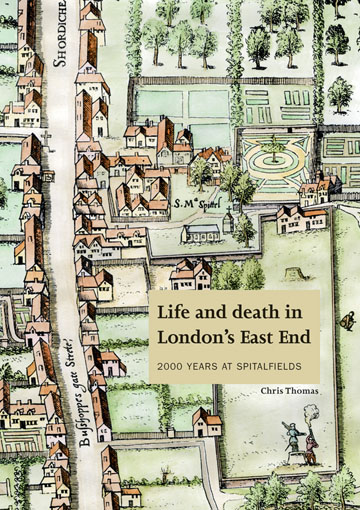