Humming with the energy of millions of residents, workers, shoppers, and tourists, London is one of the world’s most vital modern cities. It is also a city of immense historic interest. This extravagantly illustrated book digs deeply into London’s past, examining recent archaeological discoveries that have revised and enriched our understanding of the city’s history. The volume draws on research and excavations conducted by the Museum of London Archaeology Service during the past quarter century – exciting discoveries that have uncovered new information on topics ranging from the river walls constructed by the Romans to outbreaks of the Black Death to exotic goods imported from locations around the globe.

"This highly illustrated survey, produced by a team from the Museum of London, demonstrates attractively just how rich the city's archaeological record is, and offers a multi-dimensional thematic survey of the history of the capital city from prehistoric times through the exploration of those records. It is easy to see this volume as inspiring some members of the new generation to take up archaeology, and others to see the past as far more than the soap opera it can sometimes seem on TV."
Review as winner of the joint Longman/History Today ‘New Generation Book of the Year 2004’ Award 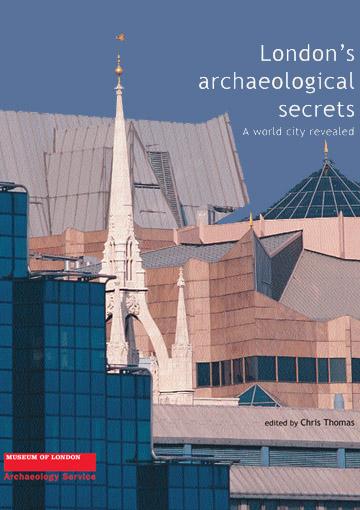