Archaeological investigations for Crossrail at Liverpool Street revealed the development of this area, from the medieval marsh of Moorfields to municipal, non-parochial, burial ground and later suburb. The New Churchyard, or ‘Bethlem’ as it was later known, was established after the severe plague of 1563 and was in use from 1569 to 1739; some 25,000 people in total were buried here. Detailed osteological analysis of one quarter of the 3354 burials excavated supports documentary evidence that the burials included migrants and many of the city’s poor. Some were the victims of recurrent epidemics and outbreaks of plague when mass, but orderly, graves were dug.

This publication is one of two exploring the archaeological research for Crossrail at Liverpool Street. Explore the Roman findings from the site in Outside Roman London: roadside burials by the Walbrook stream. The Crossrail archive for Liverpool Street is available online. An important 16th-century finds assemblage from ‘Moorfields’, Liverpool Street, London provides detailed information on artefacts from features pre-dating the burial ground.

This well-written and beautifully illustrated volume – priced at a low level so it is extremely accessible – offers a window into London’s population and mortuary culture following the Reformation.
Harold Mytum in British Archaeology 2018

This book is a fascinating account of the delicate and careful archaeology required over a period of four and half years to excavate and understand England’s first municipal cemetery.
Julian Litten in Church Archaeology 2019

Producing an overview of the pertinent information about the archaeological discoveries from a large cemetery excavation in a monograph is a challenge: the objective being to furnish both the specialist and non-specialist with new information in a style that is professional and accessible but not dry or formulaic. Overall, the Crossrail monograph succeeds in this aim, primarily by occurring in tandem with an online resource of more detailed data for the specialist that otherwise might have been wanting due to the expected limitations of a hardcopy publication. The text is a stimulating and engaging read, with interwoven themes presented in wide-ranging chapters, departing from the traditional monograph style of cemetery publications. The book includes an impressive and comprehensive array of analyses encompassing the documentary, geographical and scientific fields, including newly developed techniques such as metagenomic and microscopic analyses of dental calculus. Despite the breadth of the areas covered, the book is systematically presented in a clear and concise style so that the content is well structured and balanced, retaining its relevance to the central theme of what it is that we can learn from the study of human remains and burial grounds from the past, including the context of their foundation, development and abandonment.
Gaynor Western in CIfA online reviews 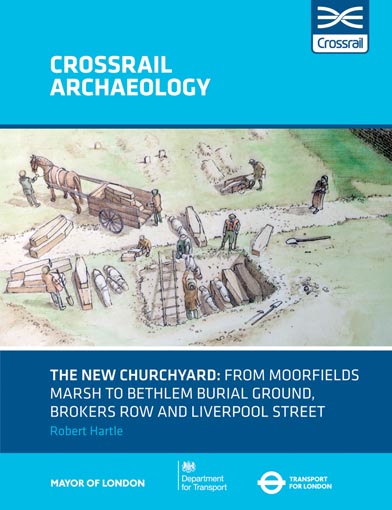