In the northern cemetery of Roman London: excavations at Spitalfields Market, London E1, 1991–2007

Beneath modern offices, markets, shops and restaurants, beneath the post-medieval suburb, beneath a medieval hospital and graveyard, MOLA archaeologists discovered evidence for the earliest use of the Spitalfields area – as a burial place for the city’s Roman dead. In the 4th century AD the area attracted some exceptionally rich burials, including the stone and lead coffins of the ‘Spitalfields Lady’, excavated in a storm of media interest in 1999. This monograph includes full details of the cemetery and the people buried there. Catalogued finds include unique, rare and imported objects, particularly glassware, which contribute to our understanding of the 4th-century town. 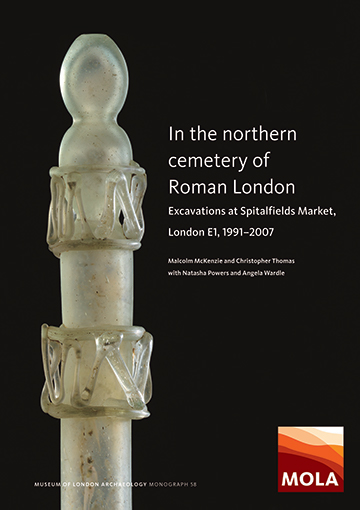