The Roman tower at Shadwell, London: a reappraisal

This volume presents new analysis of a fascinating site north of the Thames and east of the Roman city, where the sequence included a masonry structure excavated between 1974 and 1976, and originally interpreted as a 3rd-century military signal tower. Early quarrying gave way to a 2nd-century cremation cemetery and the square ‘tower’, whose structure can now be seen as that of a mausoleum. In the 3rd century the area was divided by fences and ditches, and a timber building and other domestic structures established. In the mid 4th century the area changed to industrial use, saw some further burial, and was then abandoned. The finds assemblages from Shadwell are large for a non-urban site and follow an unusual chronological profile, peaking in the late 3rd century. It is possible that a large farm or hinterland settlement lay nearby. There were relatively few military finds. The samian from Shadwell includes some of the latest from Britain. Roman Shadwell is clearly unusual. 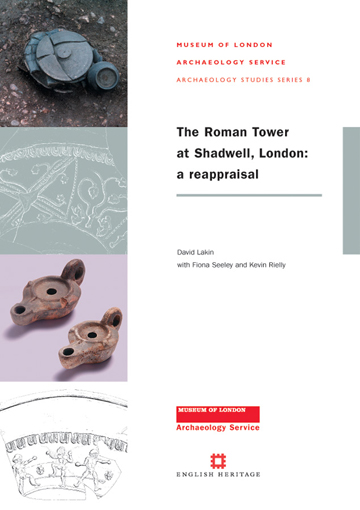