New evidence for Roman London’s riverfront development is presented here, constituting an important addition to our knowledge of the foreshore, its waterfront, quays and buildings. Terracing in the mid 1st century AD was followed by the construction of timber quays as part of post-Boudican and later remodelling of the riverside. The remains of major buildings include a possible early bathhouse as well as 1st- to mid 3rd-century AD high-status buildings with hypocausts, paved floors, mosaics and painted wall plaster – buildings interpreted as elements of residential complexes or townhouses. A large well contained the remarkably well-preserved elements of an elaborate rotary water-lifting device, comprising the wooden buckets and iron linking chain.

"… it starts with an excellent piece of piece of work, combining an auger hole survey with a careful examination of the natural deposits. Together with the environmental evidence these are used to reconstruct the prehistoric topography and environment of the riverbank area… The publication is attractively designed and laid out, with clear figures and tables."
Tim Williams in Transactions of the London and Middlesex Archaeological Society 2008

"Late 17th- to 19th-century burial and earlier occupation at All Saints, Chelsea Old Church, Royal Borough of Kensington and Chelsea by Robert Cowie, Tania Kausmally and Jelena Bekvalac
As would be expected from MOLAS, this publication is beautifully produced with a clear layout and is well provided with both black and white and colour illustrations."
Sue Anderson in Journal of Archaeological Sciences 2009

"The Chelsea report is outstanding, if only because this is the first time an assemblage from a settlement on the edge of 18th- and 19th –century London has been studied in full."
Julian Litten in Transactions of the London and Middlesex Archaeological Society 2008

"… the comparison of the condition of skeletal subjects from an affluent village settlement at Chelsea with the poorer inhabitants of the big east London cemeteries is genuinely interesting, and very useful piece of research, even for those of us with only a general interest in this aspect of archaeological study."
John Brown in London Archaeologist 2010 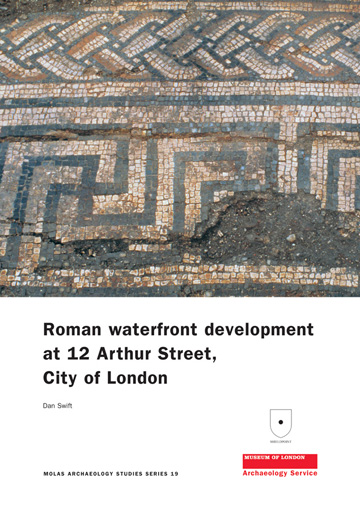