Founded in a time of war and pestilence by a renowned king, St Mary Graces, East Smithfield, was established in 1350 by Edward III on the site of a Black Death burial ground. This report presents the results of large-scale excavation in 1983–8 and post-excavation analysis of this, the last and relatively short-lived Cistercian house to be built in England before the Dissolution. The layout, architecture, history and people of the abbey are examined through the wealth of archaeological and documentary evidence uncovered. The work is of great importance to both medieval archaeology and Cistercian studies as well as being of interest to any student of the medieval period.

"… the layout of the caustral complex is expertly reconstructed in fine detail by synthesising a remarkable variety of data sources to excellent effect. ..It is refreshing and commendable that these findings are carefully related to wide research themes… so that we are afforded a rich and rounded picture of a Remarkable Cistercian House that was a one-off."
Oliver Creighton in Church Archaeology 2012

"… the Museum of London [Archaeology] and English Heritage have done their utmost to produce a volume worthy of what King Edward III originally intended for the site."
Brian Davison in Transactions of London and Middlesex Archaeology Society 2011

"Throughout, one is struck by the quality of the research undertaken."
Glyn Coppack in Medieval Archaeology 2011 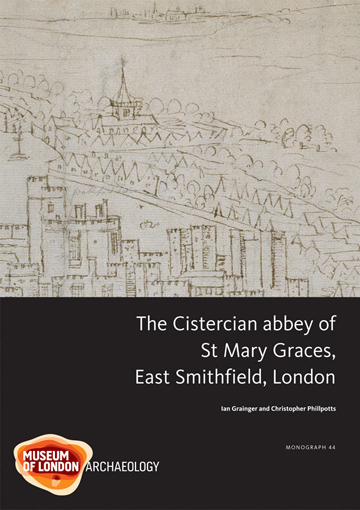