This monograph on the London Charterhouse, a Carthusian monastery founded in 1371 just outside the walled City, includes recent excavation evidence of the inner court of the Charterhouse. The result is a new, fully illustrated account of the development of the monastery, the pre-monastic use of the site as a Black Death cemetery, the monastic economy and diet, and the impact of the sub-urban location on the reclusive Carthusian order. The post-Dissolution setting of the 16th-century mansion and the hospital established in 1613 is also examined in this look at one of London’s most fascinating historic sites.

"It is a most welcome addition to the historical and archaeological study of the religious houses of medieval London."
Mark Forrest in the Ricardian 2004

"… the result is a succinct summary of a major (but not particularly well known) religious house at a bargain price, drawing together the salient points of a complex history of investigations, bringing them up to date … The London volume will be welcomed by anyone with an interest in the Carthusian order, or in urban monasticism, or in medieval London."
Nigel Baker in Antiquity 2005

"Combining finds of 1998 with those of numerous other small excavations, this book gives an admirably clear description of the development of the charterhouse, and also illuminates the monks’ diet and economy."
Margaret Aston in Ecclesiastical History 2004

"… [this] publication provides an up-to-date account of the Carthusian order in England furnishing a much needed addition to our limited knowledge of one of the most influential, if not inspirational, religious orders of the later medieval period."
Simon Roffey in Medieval Archaeology 2003

"Given the general inflationary prices for academic books, this volume offers good value for money and can be recommended to libraries with holdings in archaeology with relation to medieval monastic orders as well as those more generally concentrating on medieval monastic history."
James Hogg in Die Reichskartause Buxheim 1402–2002 und der Kartauserorden 2003

"… Betts has provided a full publication of the designs and much new data, which will certainly stimulate further debate and give students a much needed analysis of an extensive and important series of floor-tiles."
Laurence Keen in Journal of the British Archaeological Association 2002

"It shows how much can be learned about medieval industry generally by focusing on manufacture and organisation rather than the perceived aesthetic merits of designs, and as such it is a prime example of the increasing shift in floor tile literature from an art-historical to an archaeological perspective."
Amanda Richards in Medieval Archaeology 2003 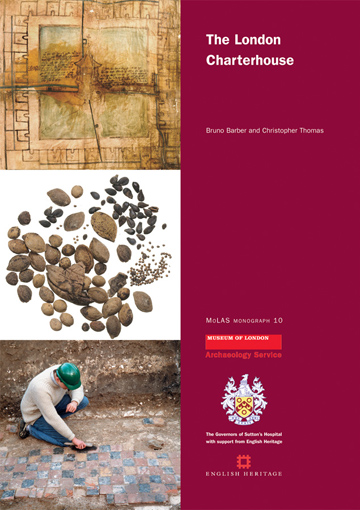