St Marylebone church and burial ground in the 18th to 19th centuries: excavations at St Marylebone school, 1992 and 2004–6

During the 18th century, St Marylebone parish grew to become one of the wealthiest in London. The church on Marylebone High Street, built 1742, was soon too small to serve this population and relocated in 1817. Archaeologists recorded 350+ burials, mostly in the graveyard, with some in family vaults or the church crypt. Notable burials included the painter Benjamin De La Cour, the Wesley family (Charles was founder of the Methodist movement) and the Hampsons (their ancestor Sir Robert was alderman of London and sheriff in 1598). The archaeological results and detailed osteological analysis of 301 individuals are combined with documentary research into the parish and its population, making this one of the largest and most comprehensive studies of a post-medieval London cemetery.

"Overall the volume provides excellent examples of how case studies in palaeopathology can be integrated with an account of the contemporary, social, economic health conditions experienced by an urban population."
Andrew Chamberlain in Environment Archaeology 2010

"Perhaps the greatest strength of the book is the inclusion of detailed maps, graphs charts and photographs that accompany the text, which result in a data-rich publication useful to archaeologists, osteologists and historians alike. .. .students of osteology, archaeology and history would find this volume an excellent introduction to the complex process of integrating archaeological and osteological analysis with historical research."
Heidi Bauer-Clapp International Journal of Osteoarchaeology 2009

"The great strength of this book is to marry archaeological and documentary investigation (especially coffin breast plates and wills), contextualizing the skeletons against their social background. This study is exemplary in its rigour, production and price."
Roger Bowdler in British Archaeology 2009 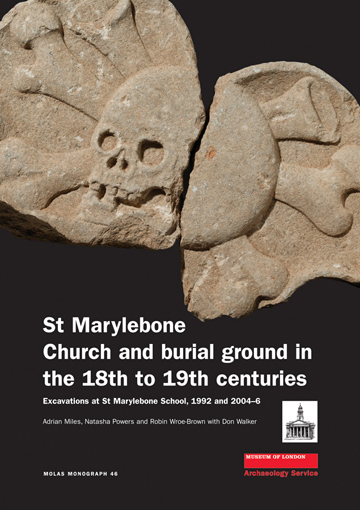